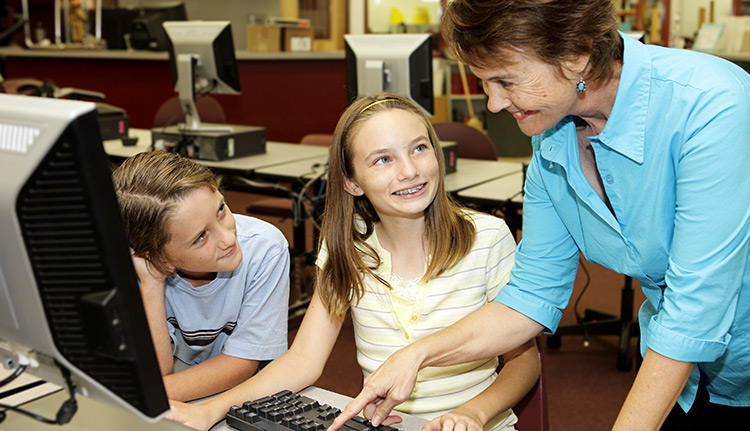 A 10% difference may not seem like much, but a 10% variance in reported graduation rates has a major impact on a school district and the surrounding community. Not only does it aﬀect state and federal funding, but it also aﬀects real estate values by preventing or encouraging families and employers to move into a school district. So when initial data for the 2013 annual graduation report at the large urban school system suggested a double-digit drop below their historically good graduation rates, administrators were rightfully concerned.

Fortunately, several months previously, the school district had implemented a document management solution from Business Systems & Consultants, Inc. Instead of trying to track physical documents across 150 schools, the team was able to search for electronic documents related to the entire cohort that had entered the district as ninth graders. An analysis of the data uncovered inaccuracies, such as student transfers that had not been coded correctly, allowing them to ﬁx discrepancies and submit an accurate report on time.

“With so many oﬃces in the district, I wouldn’t even have known where to look for all of those documents if we hadn’t had them in BSC’s document management system,” commented the school district’s project leader.  “And there will be even more documents to keep track of in the future when the graduation rate will be based on the cohort entering seventh grade.”

The district’s initiative to digitize records began several months prior to the annual graduation report, though project planning to re-engineer document processes had begun more than a year before that.   In addition to student records, they are working toward scanning and managing Human Capital, Disciplinary Oﬃce, Transportation, Exceptional Education and other records.   It is anticipated that many of the district’s 15,000 employees will have the ability to view documents based on their access rights, and about 2,000 will be actively working with the student records.

According to the project leader, it’s all about making data-driven decisions. Rather than create yet another system that employees have to use to ﬁnd the data they need, the system is integrated with the key systems the district already relies on, including PowerSchool from Pearson Education and Oracle eBusiness Suite.   In addition, plans are currently being made to extend the integration to their Microsoft SharePoint system.

Prior to implementing our solution, the district had been using another document management system, but the software didn’t provide the functionality to expand across the district. “Once we started looking at the various options, BSC seemed to be the one solution that met all of our needs,” says the project leader. “We knew we wanted to integrate digital document management with several departments and that the number of documents would grow exponentially over the ﬁrst two years.”

The district partnered with Business Systems & Consultants to implement the BSC solution on the school district’s network. “BSC’s document management system is a very robust system.  We love it.”

The biggest benefit in accelerating the adoption of electronic documents is improved eﬃciency in providing critical data to organizations such as other state and federal agencies, schools, the Social Security Administration and colleges. Being able to quickly and reliably deliver documents also ensures that the district complies with state and federal mandates and various audits.

According to the project leader, “It was so exciting this year when we were running reports in the Research and Statistics Oﬃce; the ﬁrst %me we ran it we were stunned by the amount of data we were able to get right from the start.” Not only does the solution provide data for reporting, but also the documents that support the reporting. Supporting documents can also be easily emailed to validate results when needed.

In some cases, Records Center staff won’t even have to deliver documents. The district is working on a solution to allow online self-service to certain documents. Customers will be able to ﬁll out an electronic form, pay a small fee to cover administrative costs and have secure, immediate access to documents.

Our solution will also help the district manage long-term costs. Again, according to the project leader, “There are huge cost savings when we look at annual costs of storing data and how much more data there will be; down the road, the savings will result from being able to minimize resources. Some departments have positions just for ﬁling and gathering documents. In the records center, there are three employees and a manager. Most schools have many more employees. We won’t have to increase headcount in records center as the number of documents increases. We will also save money on paper, ink and postage by sending documents digitally. We will be able to quantify these savings.”

Contact Business Systems & Consultants today at (205) 988-3300 to see how we can help you find the perfect solution(s) for all of your document storage, control, and productivity needs.